Recently, a friend in Lompoc let me know both of her hives which were doing well, now have no bees.  The hives had become what most beekeepers refer to as a Dead Out.

I was able to have a quick look after the Lompoc Flower Festival on Saturday.

She said that she had seen ants going into the hives, but due to back problems, hadn’t been able to move them to a new stand, and she wasn’t sure if it was an urgent issue.

Both hives are now empty – she wasn’t sure if the bees had absconded both hives, or been overwhelmed by the ants.

Wanted to share the sad picture below – to me it looks like there was a lot of capped brood still in several of the frames at the point the bees were no more (this was a 10 frame deep). 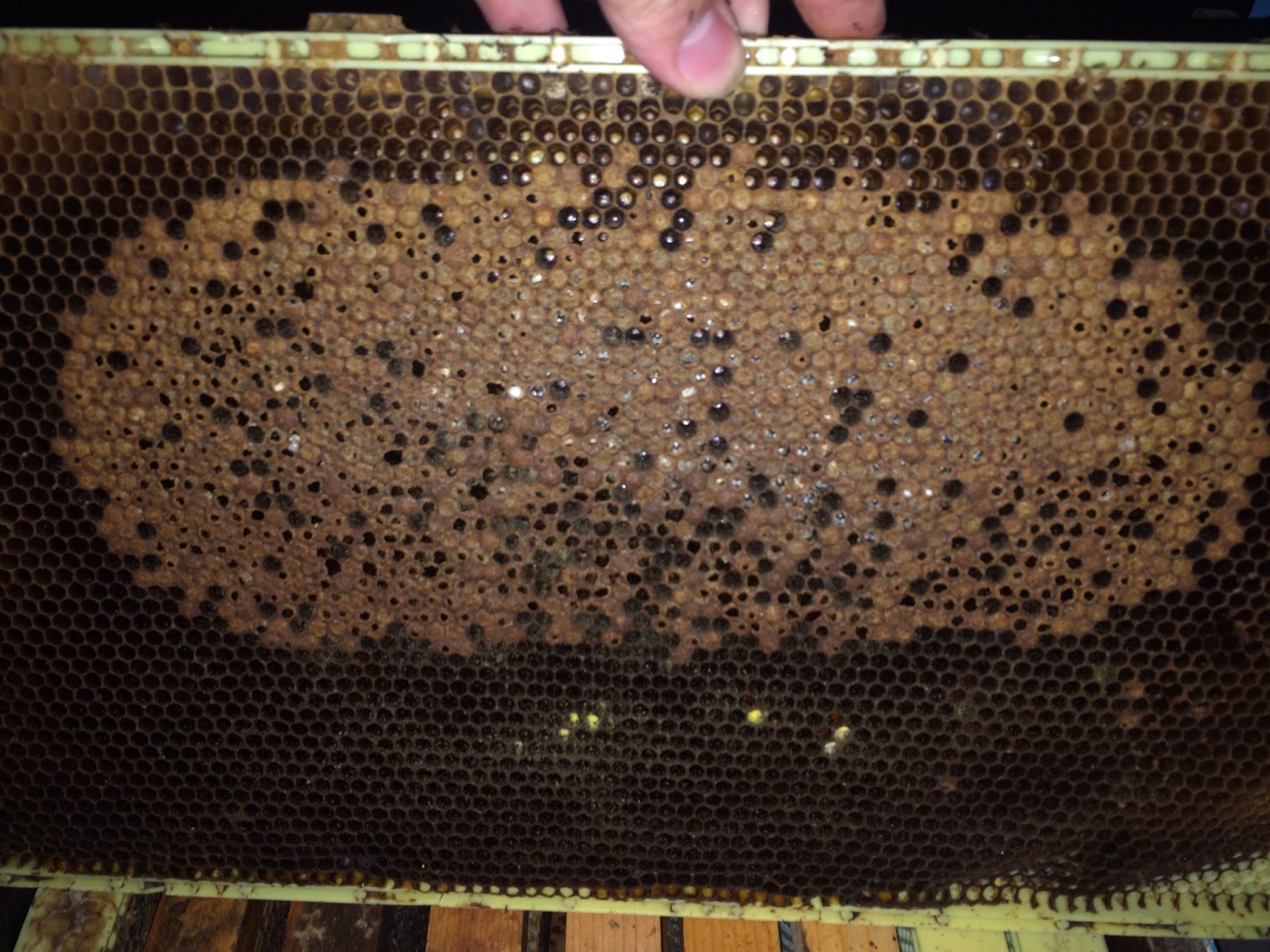 The perforated holes on the brood, if the bees were still present could have indicated a serious brood disease like American Foulbrood.  Pests like ants and yellow jackets may have also torn the brood caps open.

There were still thousands of ants on the frames, even weeks later.   It looks like the ants may have been cutting open the capped brood after they’d cleared out the honey.

Many people will tell you ants only clean up a dying hive, rather than cause its death.  But they don’t have EyesOnHives.  Check out what we saw after moving an otherwise perfectly healthy hive:

The brood pattern itself seemed like it must have been a fairly healthy queen until things stopped working.

I didn’t take extra pictures, but I did see some spots of comb with capped honey, and plenty of pollen.

Hoping to head back there this weekend to get a closer look in the daylight.   I’m going to help try to build a better stand with more ant defense for next time around, and get a monitoring system in place.

Check out this blog post for some discussion on how to defend against ants – How to stop ants attacking bees and protect your bee hive.