Our goal for EyesOnHives is to remotely measure and monitor the health of a bee hive, and alert a beekeeper when something is wrong, so that beekeepers can be in the right place at the right time and help save their bees.  The Orientation Signal is the surprising breakthrough we discovered is the key to monitoring hive health.

The beginnings of a metric

When we dreamed up EyesOnHives, we set out to count bees entering and leaving a hive.  I had been manually counting bees and recording notes on my iPhone. I thought every beehive would have some ‘average activity’ that we could use to compare it day to day and look for trends. 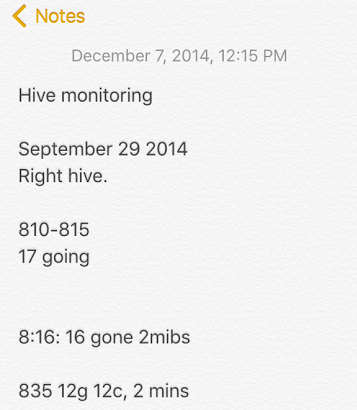 Rovers, robots and the dream of continuous bee counting

We were designing a robotic rover which would use an image processing camera get an activity metric from a whole apiary of hives, by spending a few minutes at each one.

It seemed like a pretty cool approach.  But the approach was wrong for a really exciting reason. 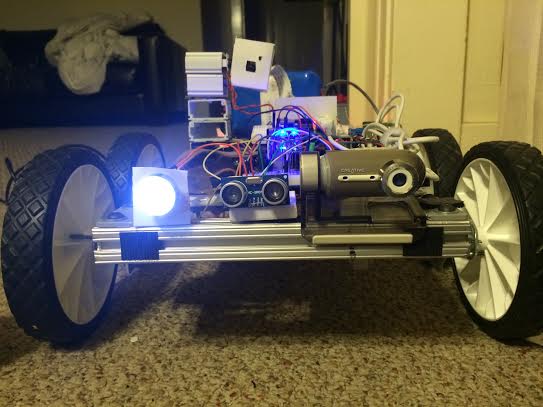 Instead of just one minute or five minute samples once a day, we needed to know what a beehive really did during the whole day, every day.

We first built a remote camera system and checked in every hour or so.  It was exciting to be able to remotely watch the bee hive, but the initial subjective assessment was that the variation in bee activity was was pretty dramatic. 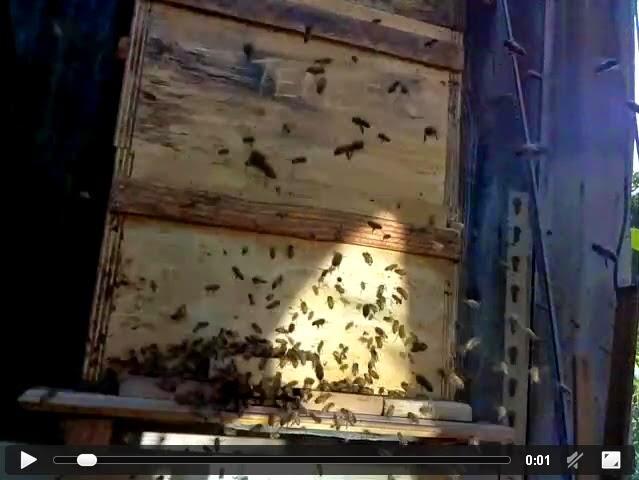 The mysterious burst in activity

We had seen a mysterious burst of activity every few days in the video only system.  Some beekeepers we talked to thought the bees were getting ready to swarm.

Only once we had perfected an automatic bee activity counting algorithm did we finally visualize what nature was trying to tell us.  As anyone in science will tell you, when you see a signal like this, it’s pretty incredibly exciting!

The “Orientation Spike” and video to support it

We see an activity spike mid-afternoon as new field bees take their first ‘orientation’ flights.  The increase in activity is new bees taking their first flights, and flying around the entrance of the hive as they learn their surroundings.

This activity pattern is now what we call the “Orientation Spike”.

EyesOnHives doesn’t just track bees entering and leaving the hive, it instead measures bees flying in front of the hive. This makes the approach ideally suited to measuring behavior patterns of the colony superorganism, such as orientation activity.

Rather than just measuring the data like a bee counter which cannot understand whether bees are hovering in front of the hive, or simply leaving, we measure the hovering activity data and back up the human interpretation by recording a video!

What can be learned from the Orientation Signal?

The signal itself tells us that there are ‘baby bees’, which implies there’s a laying queen, at least within the last few weeks.  What’s incredible about that is we found that unhealthy or queenless hives do not have much of an orientation signal!

Queenless hives show a gradual decline in the orientation signal, even when the average number of foragers appears ‘normal’ for much longer.

When there’s a weak or absent orientation signal for a few days, we have observed that ants are attacking the hive. The beauty of the orientation signal is that it establishes a baseline of what normal healthy behavior of a hive looks like.

The orientation signal is surprisingly consistent across healthy beehives, and a really promising breakthrough in how we can continuously measure beehive health. 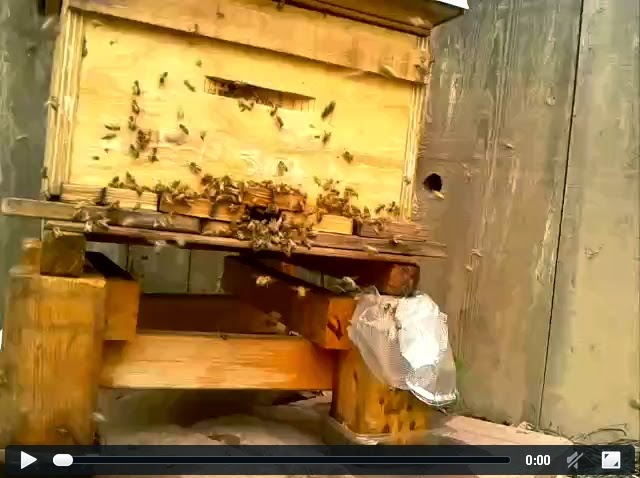 EyesOnHives is now the longest running continuous activity measurement dataset, and one of the ‘richest’ datasets because of the video.  We’re looking to publish our methods and results to the broader scientific community, and welcome collaboration with researchers.

We’re also incredibly proud to be joined by many backyard beekeepers and citizen scientists who are monitoring their own beehives using the EyesOnHives Scout B system, and adding to the dataset.

We are continuing to discover new and exciting activity patterns, and finding new ways to help beekeepers manage sick hives, or hives that are under attack before it’s too late for the bees.

Science is all about studying nature, and natures secrets of bees are finally becoming available.