Wow it’s been a busy 2 weeks for this new Beek, I’ve been part of a bee rescue twice, a bait out, 2 colony mergers and even started building my own hives!   I’ll post each of the pieces of the epic story of all the fun if you’re interested –

Instead of taking the ‘donor bees’ from the last installment, Todd invited me to come assist with a rescue!  Turned out the rescue was from a compost container in a house near the Mission. 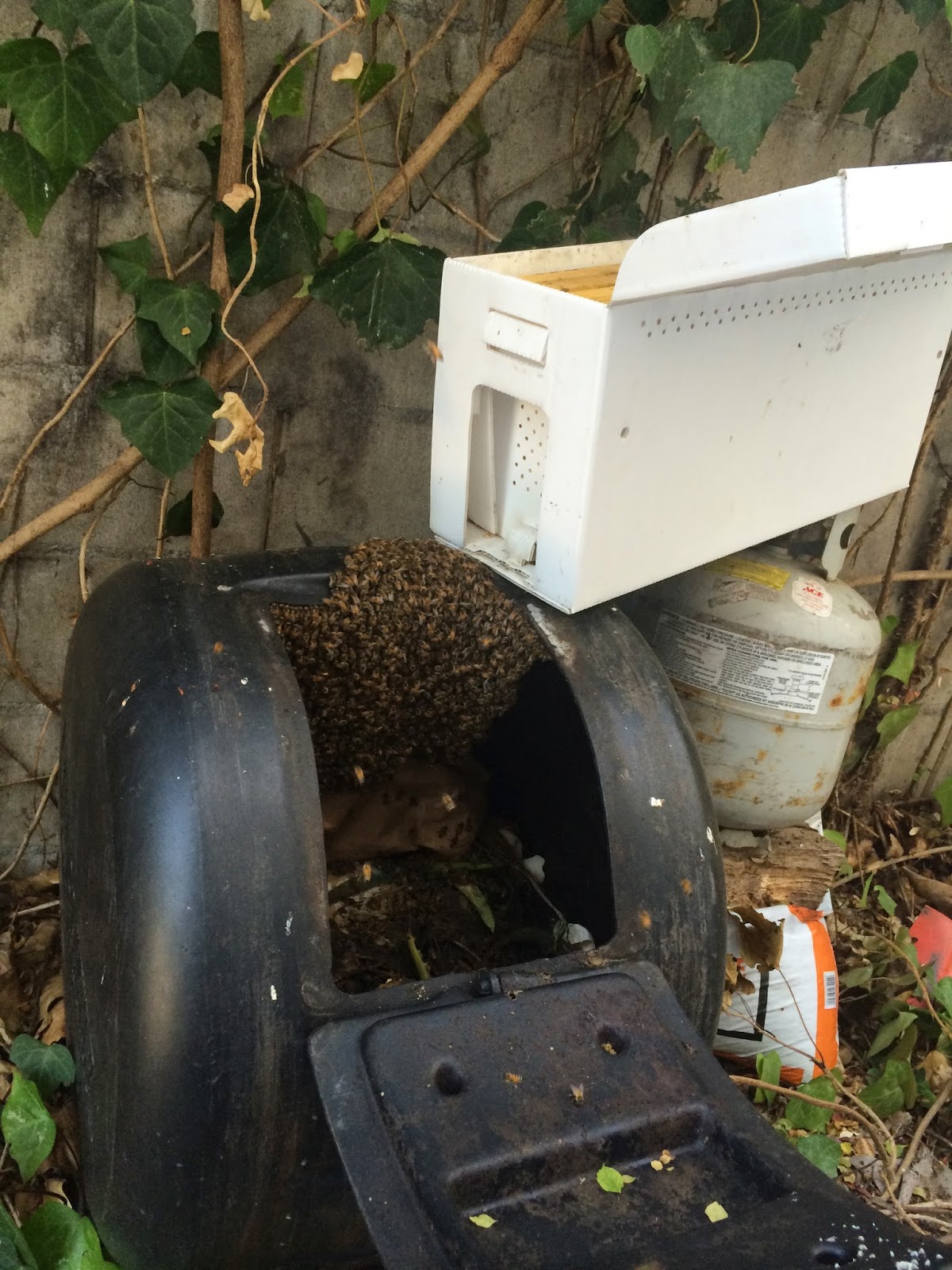 Todd brought 2 suits, and after the homeowner (one of Todd’s friends from way back) had the extra suit on, Todd said the other was a child-sized suit that wouldn’t fit him.
I still suspect he was just setting it up for me to step up and get ‘hands on’, so that’s just what I did!  There was almost a basketball sized cluster, and some comb already formed hanging down.
I gently picked up the cluster, as many bees as would come as possible, and placed them into the capture nuc.  It’s really quite bizarre the way clusters of bees hold onto each other – they feel like an odd liquid or a little like pulling apart fairy floss (cotton candy).

Anyways, the bees mostly happily moved over to the nuc once the queen was apparently inside, and I collected the complete nuc right as the light was fading for the night.
First Rescue Complete.