Saturday I received an email from Todd saying he was out of town, and a swarm had been reported down on Cabrillo, and would I like to respond?!  First chance to be a real Bee Rescue First Responder!

Bees at the Beach

Needless to say I quickly gathered up the gear I needed, and headed over.  It was at the beach, this was a beach bee rescue.  Why were bees at the beach?!
I felt it would be too awkward walking around in a bee suit, but less awkward carrying a large milk crate with a spray bottle, bee suit and scraper (ok I use my bbq spatula) with an ez nuc on top!
A few calls to the nice person who reported the swarm, and I had it located!  Just a small swarm hanging out on the concrete wall. 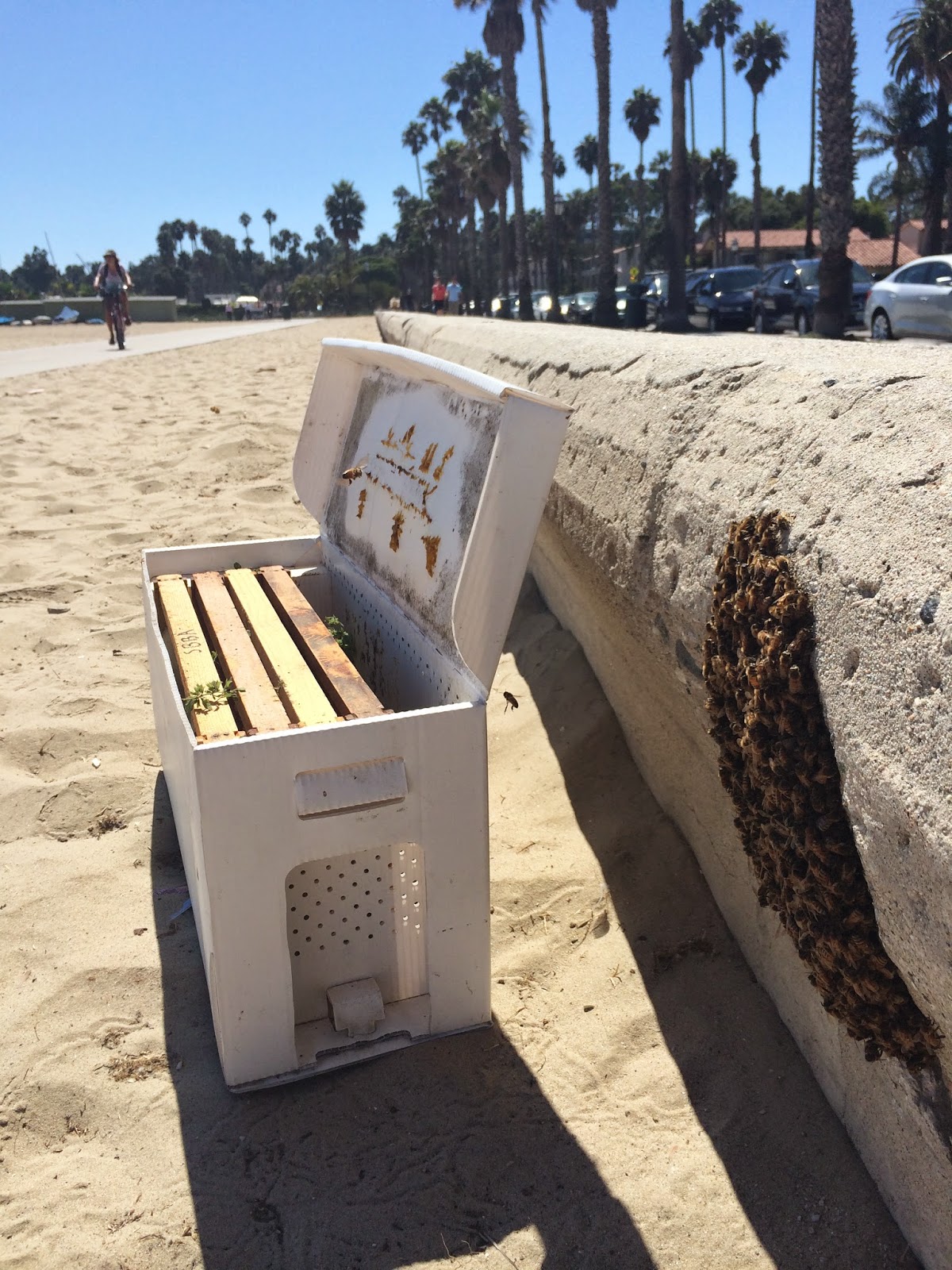 On went the suit, and after a gap in the public foot and bicycle traffic, I went to work carefully moving the bees, keeping them as calm as possible!  What a wild thing to be doing on a Saturday afternoon at the beach!
The bees were very well behaved, and weren’t really flying around too much transferring to the nuc. 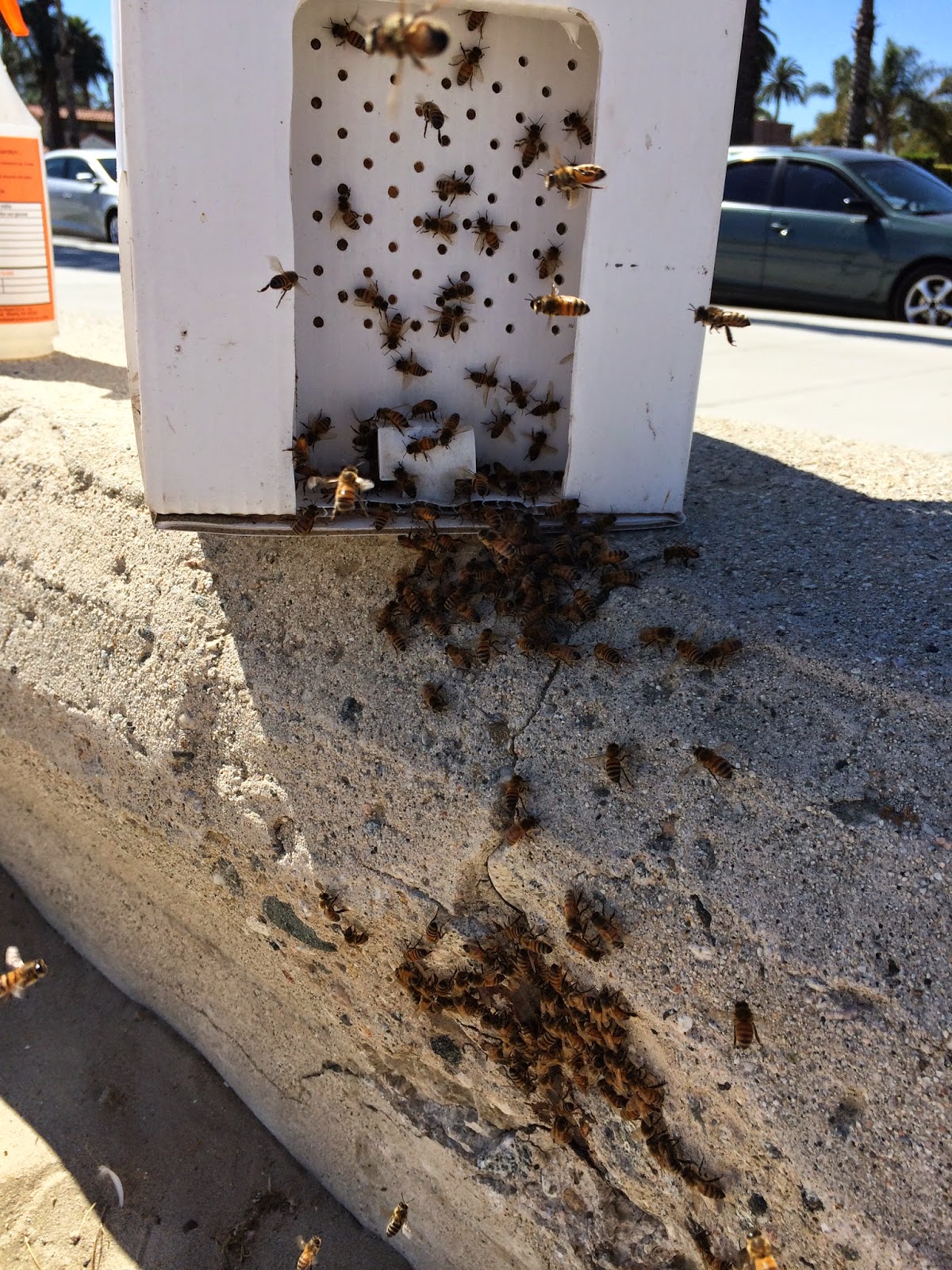 Members of the public were walking past – I let people know it was a bee rescue, and that everything was under control.
A lot of people were really appreciative and supportive once they heard that; “Thank you for your public service, and taking the time to do this!” was a general theme.
There were a few stand out comments too:
– Q: “What species of bees are these?”   A: “Beachgoing Bees” (courtesy of my friend Jon)
– Q: “Are you selling honey?”  A: “No, this is a Bee Rescue.”  Follow on: “Oh well there are all kinds of people here, thought you could have been an enterprising transient” (maybe I should wash my suit!)
– Q: “Why did you bring your bees here bro?!”  A: “This is a Bee Rescue, I’m removing the bees to take them somewhere safe”.  Follow on: “Oh that’s awesome dude!” (gives me a high five!)

At the end of my parking time (yes I was ready to chase after the parking officer in a bee suit), I pretty much had all the bees in the nuc.  A win for me and the bees. 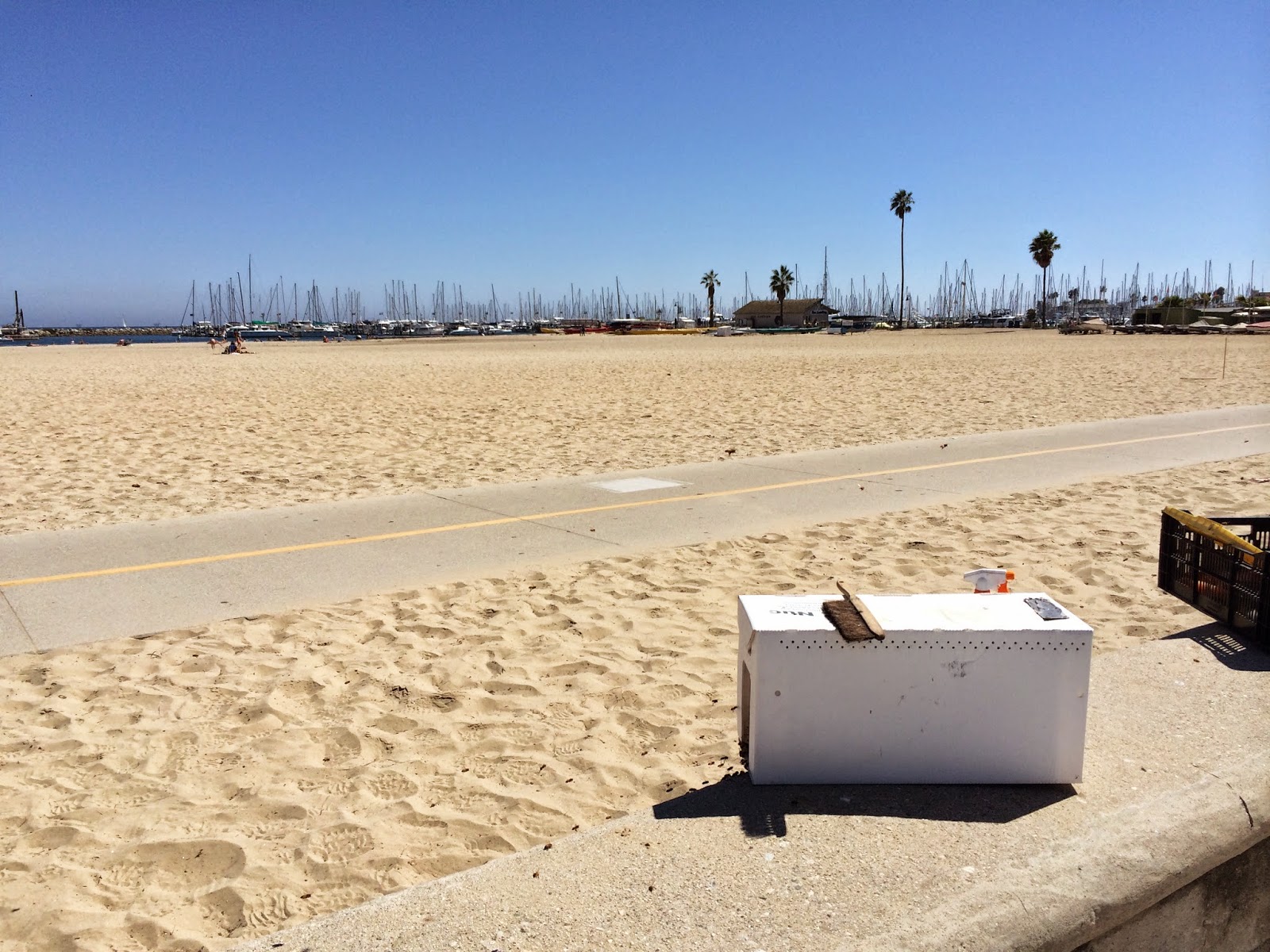