Next day it was time to introduce the Beach Bees to their new home!   There were a lot of bees packed together tightly, but their color was very similar to the other bees I am keeping.  The real surprise was that unlike the Dark Queen, this colony from the beach turned out to have a beautiful Golden Queen as its ruler.

This is the nuc after I had transferred the first four frames. 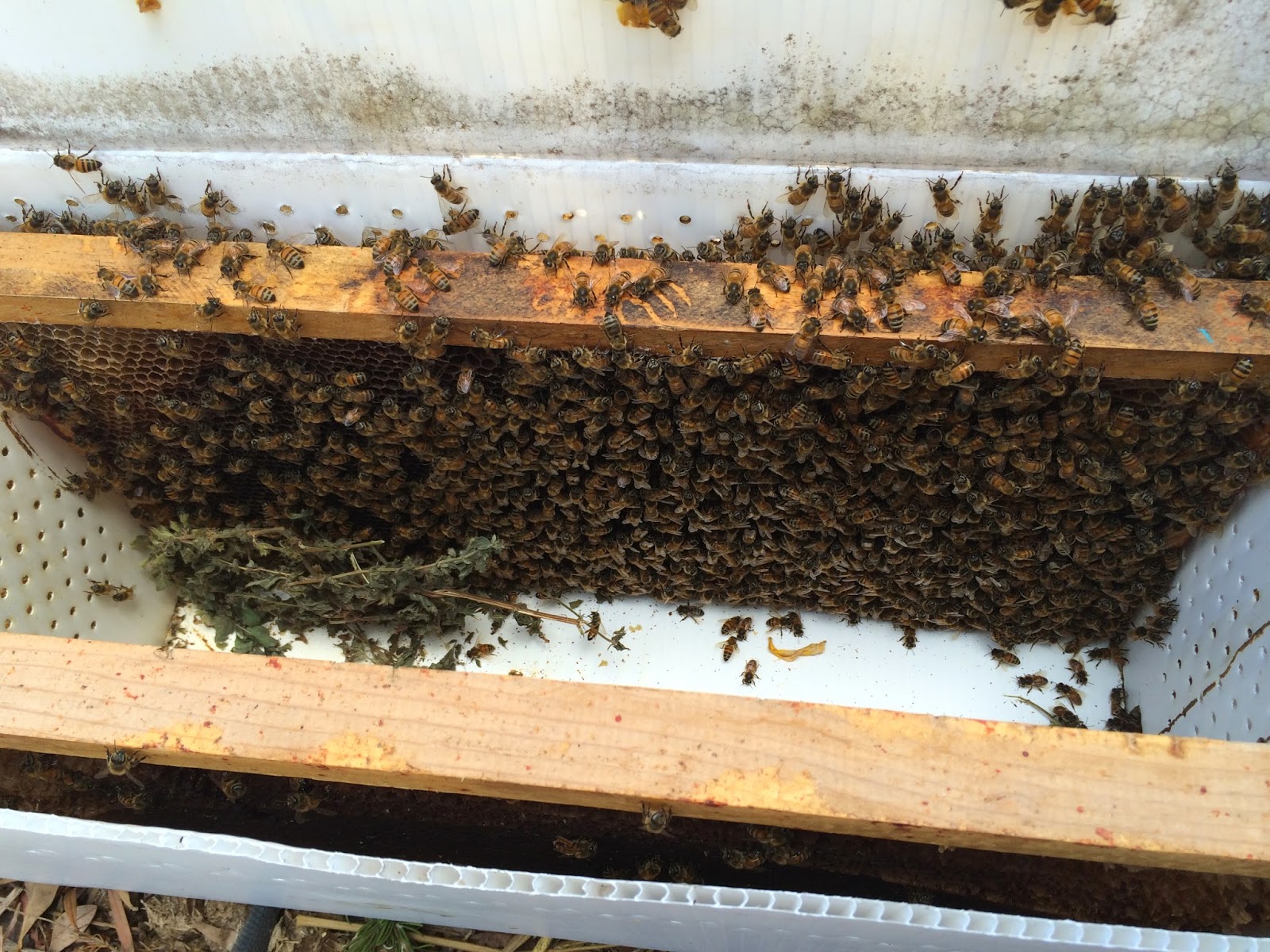 After observing the lack of assimilation between the Garage Bees and the Compost Bees for the previous week, I decided to take a newbie risk and merge the Beach Bees with the Garage bees to form a stronger colony.

Doubling down on my newbie risks, I decided to do the merger of the tiny colonies within the one deep, with a newspaper separation over one of the frames… time will tell if it was a good idea.

The risk and concern is that the laying workers will decide to kill the new Queen.

Golden Queen of the Beach Bees

As I removed the Beach Bees from the nuc I was delighted to see an active, happy looking Golden Queen!  Woohoo! 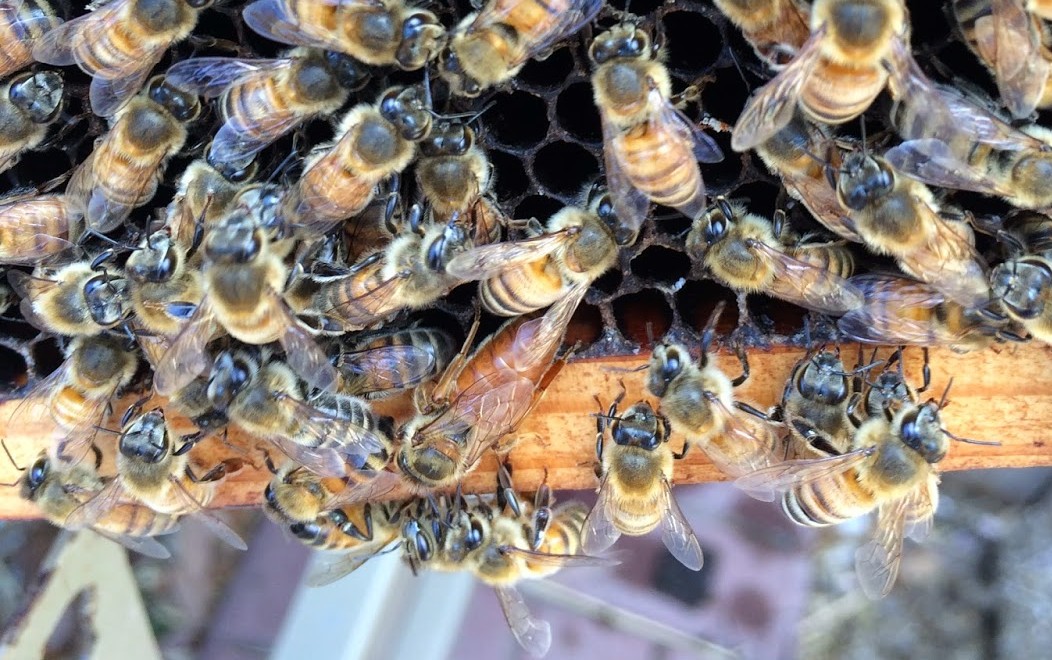 Long live the Queen, and may she and her colony live happily ever after. 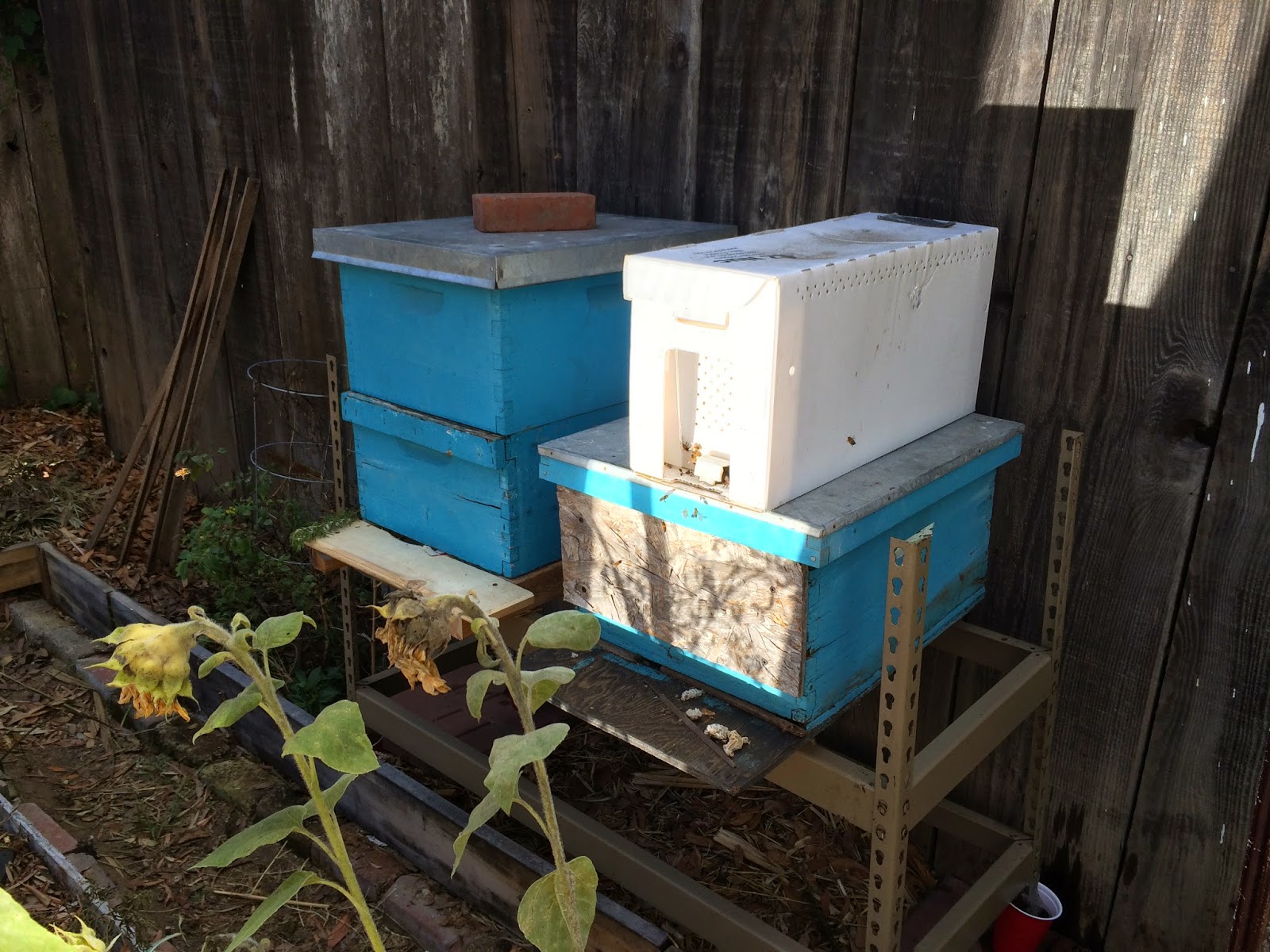