Hope everyone enjoyed their weekend!  Mine was very productive – I spent time Friday with some of my beekeeping friends in Lompoc, and was able to borrow their bee suits and spare bee hives. 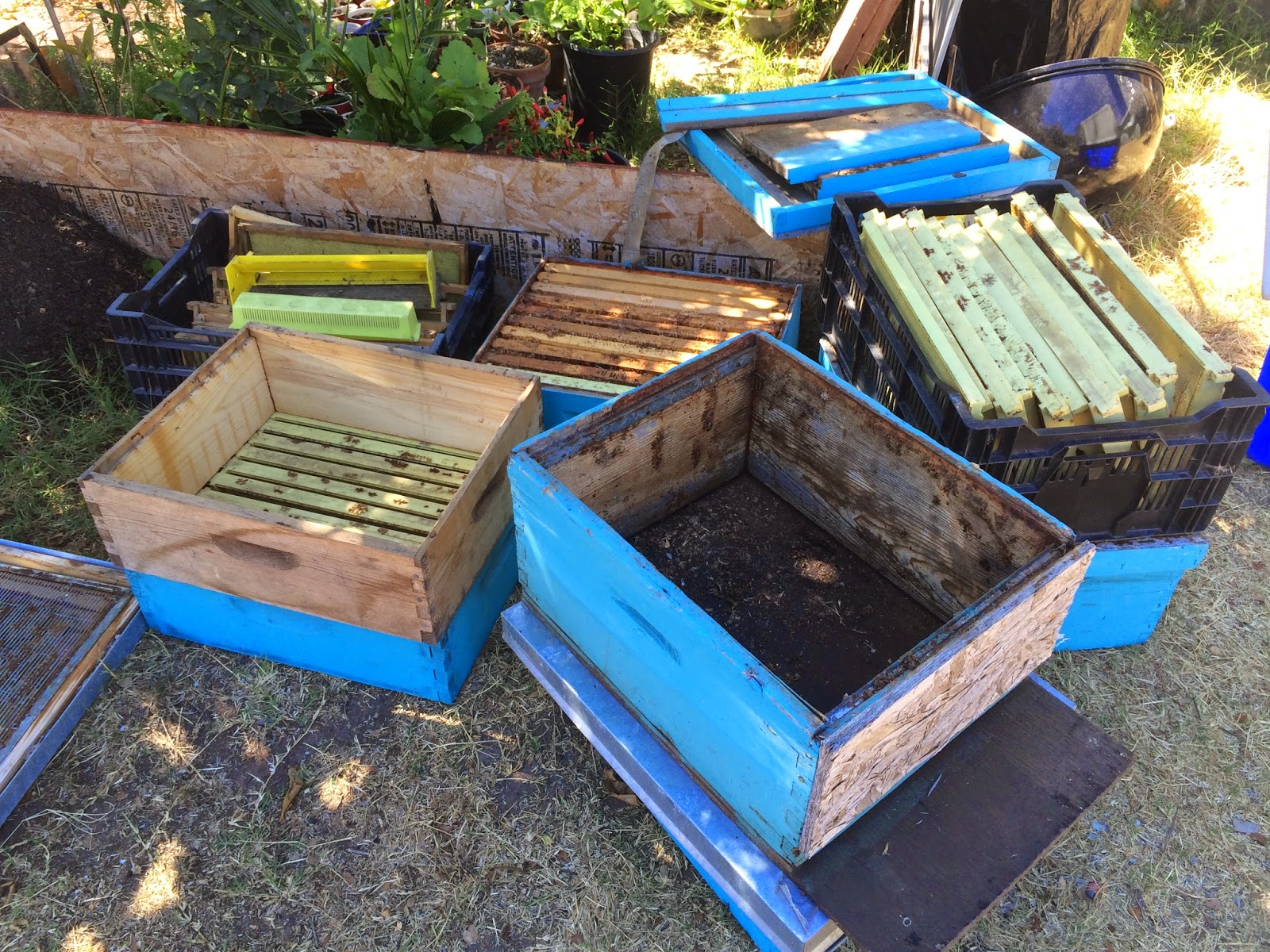 Not all Bee Hives are New

Saturday I very carefully cleaned the hives, frames, and comb.  There were earwigs, moths, spiders, wiggly whatsies and some other critters among the comb, and some unidentified funks in the boxes.
If someone literally told you the job you had to do would be like pulling earwigs from honeycomb, would you do it? 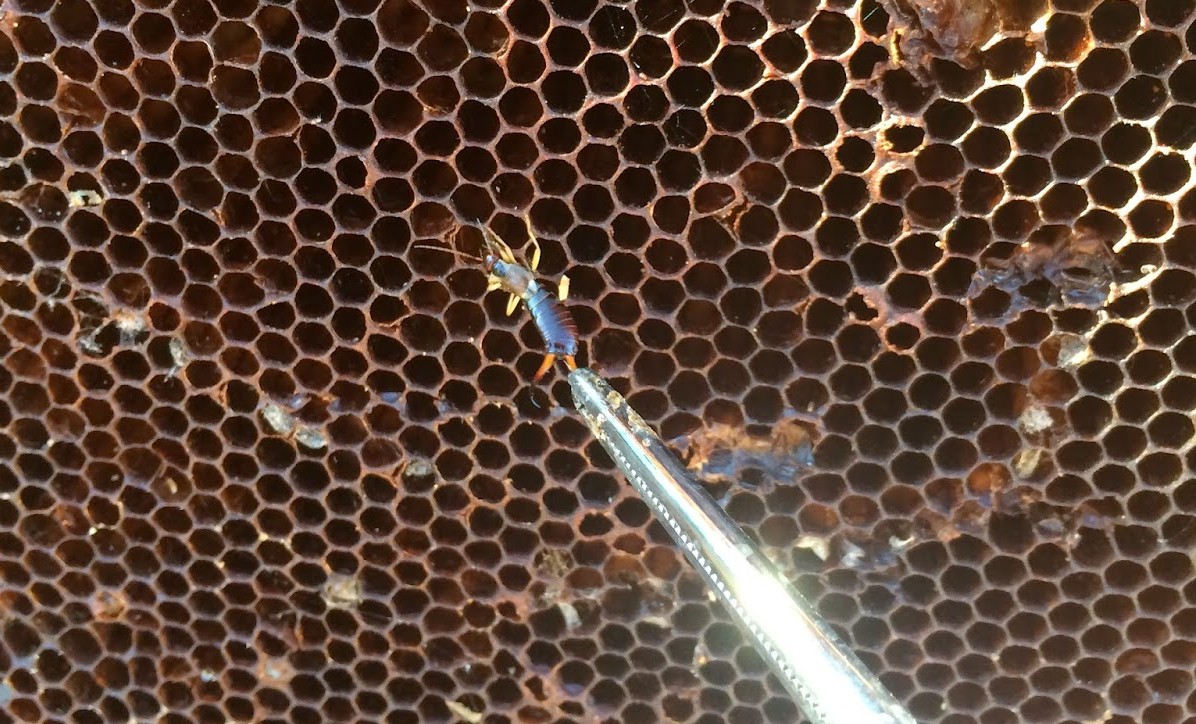 They may have also vastly under represented just how big the job would be too!  While we know ear wigs don’t burrow into human ears, they certainly do burrow into bee hive comb. 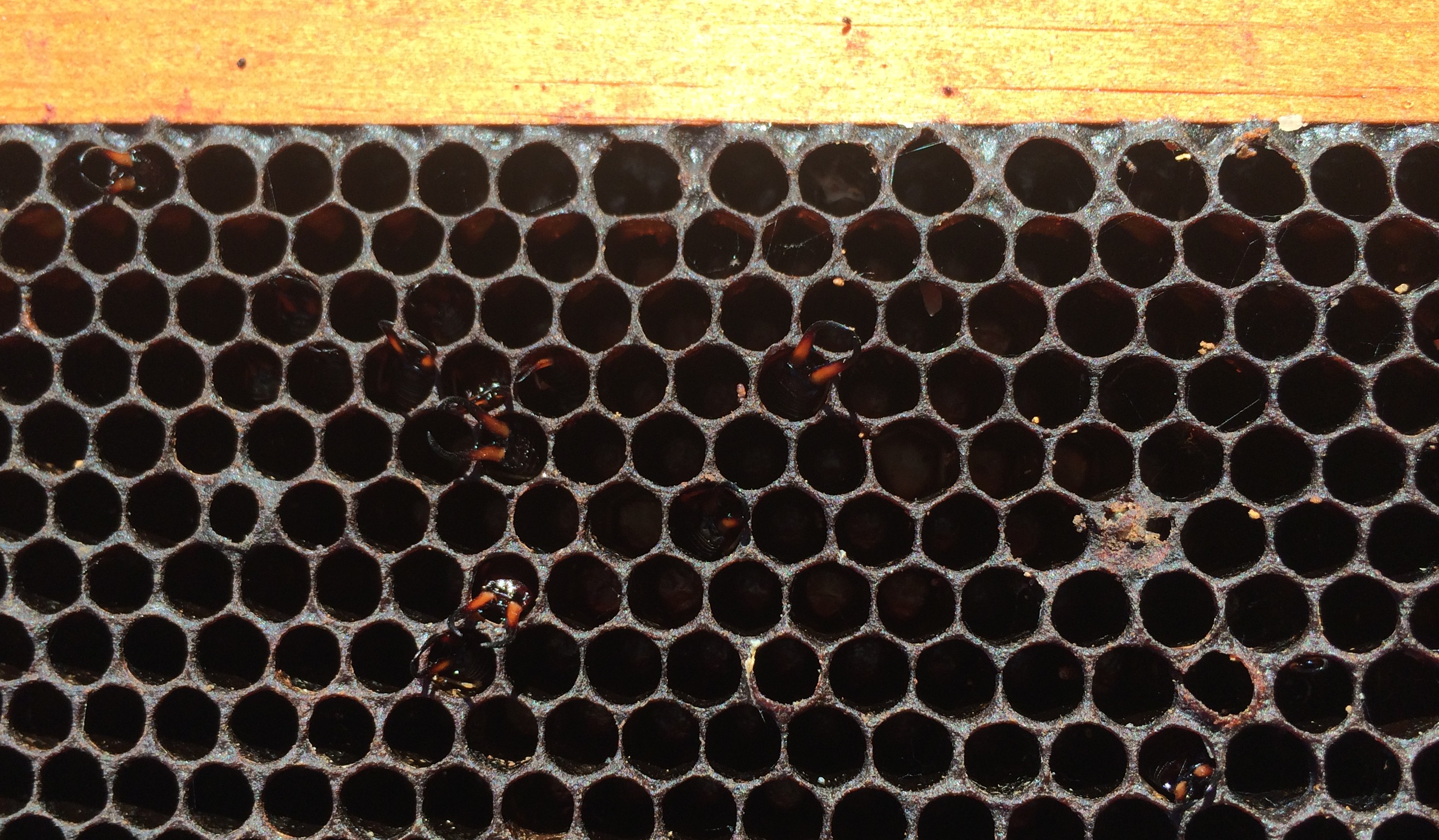 The comb had been left out in range of other creatures, most notable were what appear to be many bodies of the dangers parasite varroa destructor. 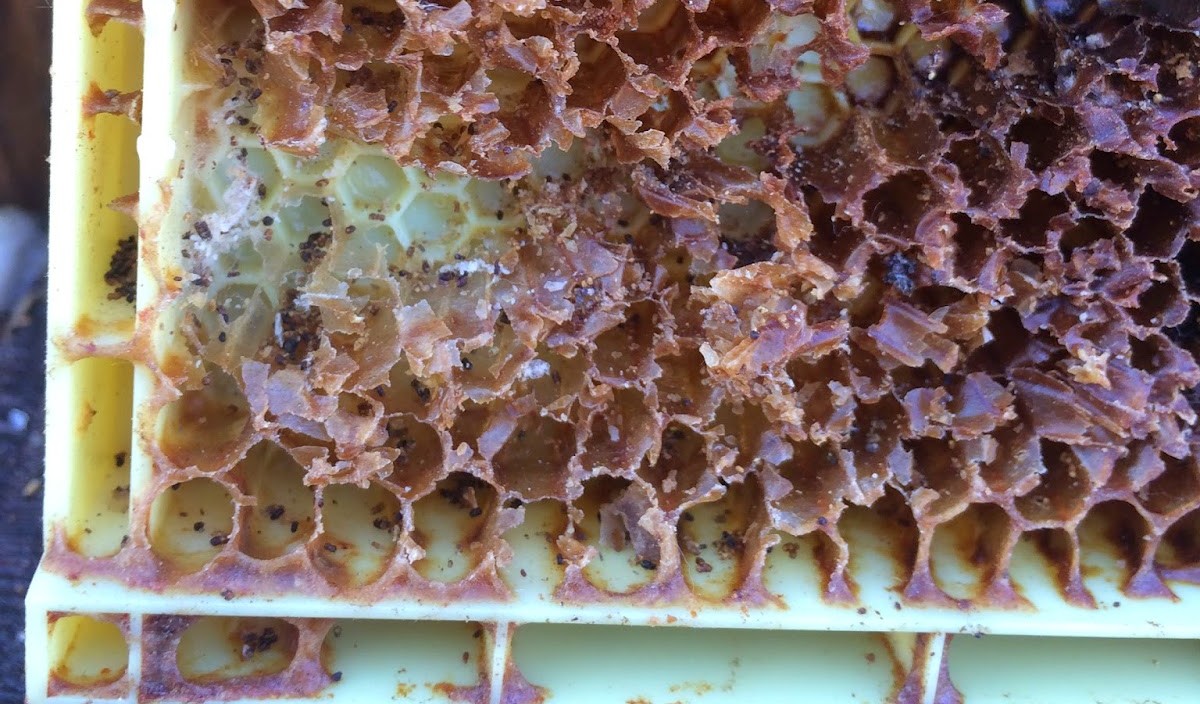 The process ended up being a combination of:

The most practical way to really ensure old frames and wax are carrying neither pathogens nor extra pests is actually to freeze them.  This won’t kill every kind of spore and frames with foulbrood should be burned, but it comes close.
Just make sure to give a heads up to other people who use your fridge before you do this! 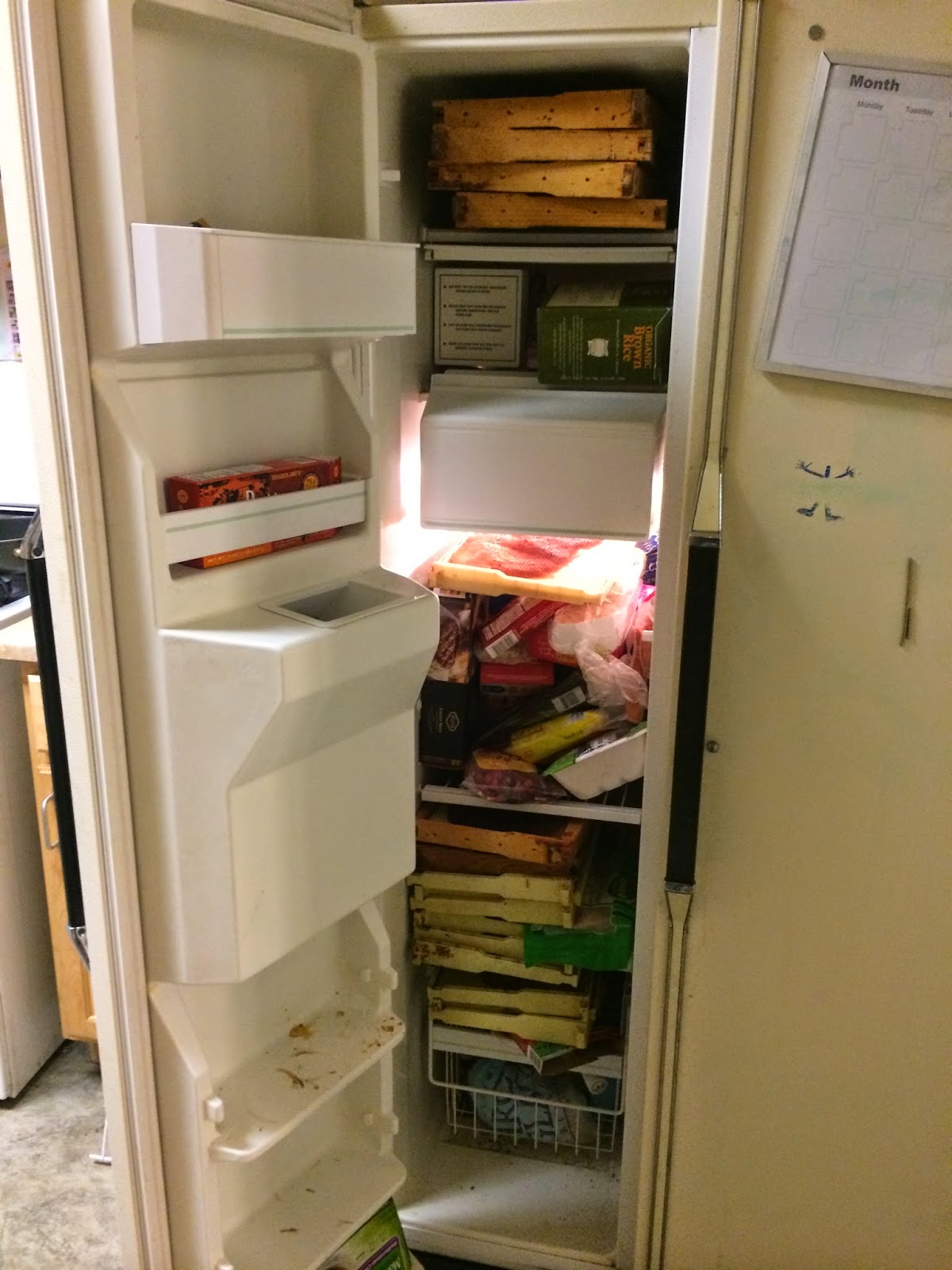 After freezing, especially if you hosed them with some water, the comb can have a bit of moisture in it.  You want to remove that so it doesn’t lead to mold in your bee hives.
An old beer pong table seemed appropriate when combined with a fan. 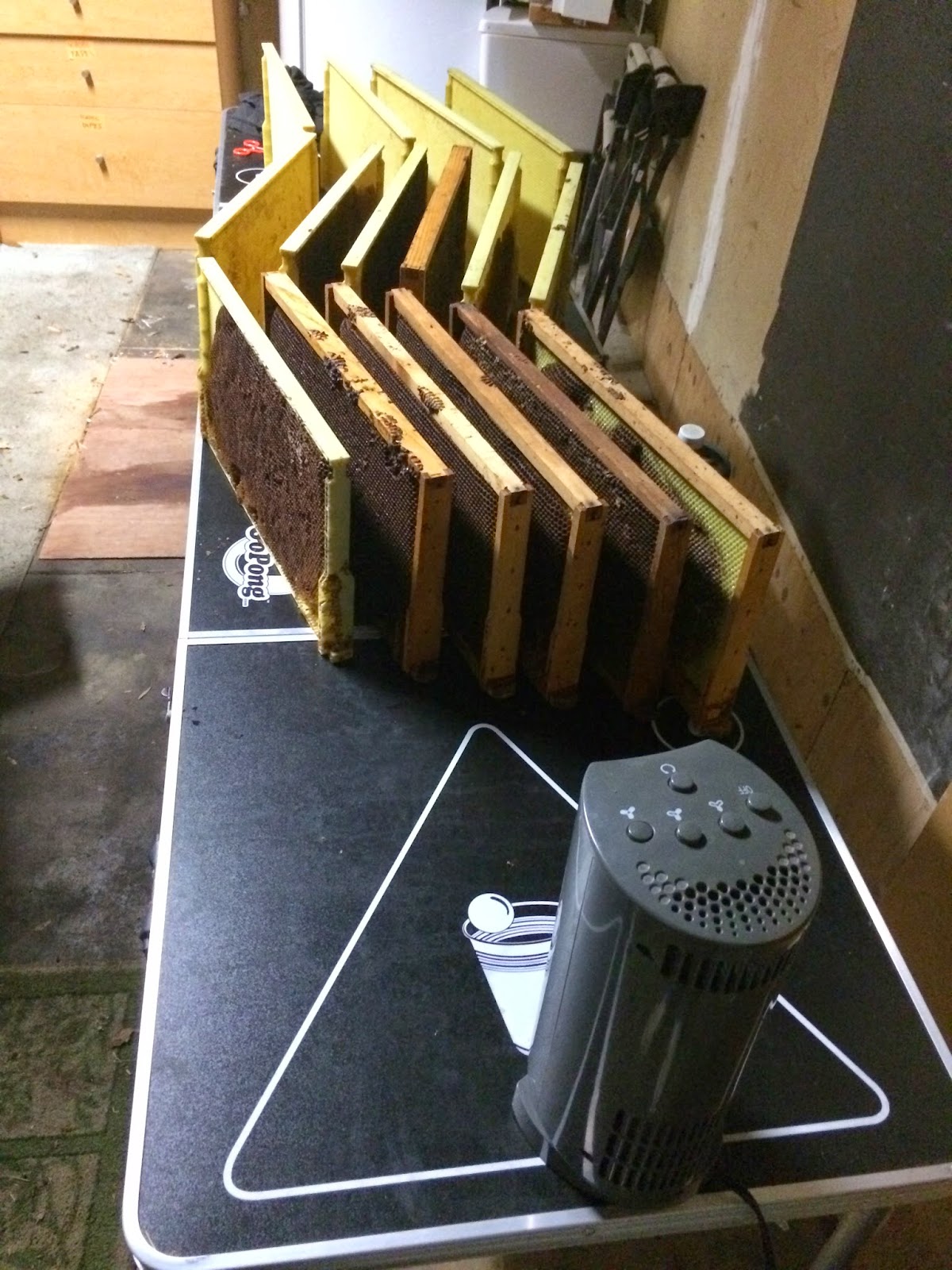 After washing down the hives with a wipe of isopropyl alcohol, finally the hives were ready for reassembly, and the workshop had never looked less organized!
The comb all needed to be on stands with water moats to prevent the ants from getting to them. 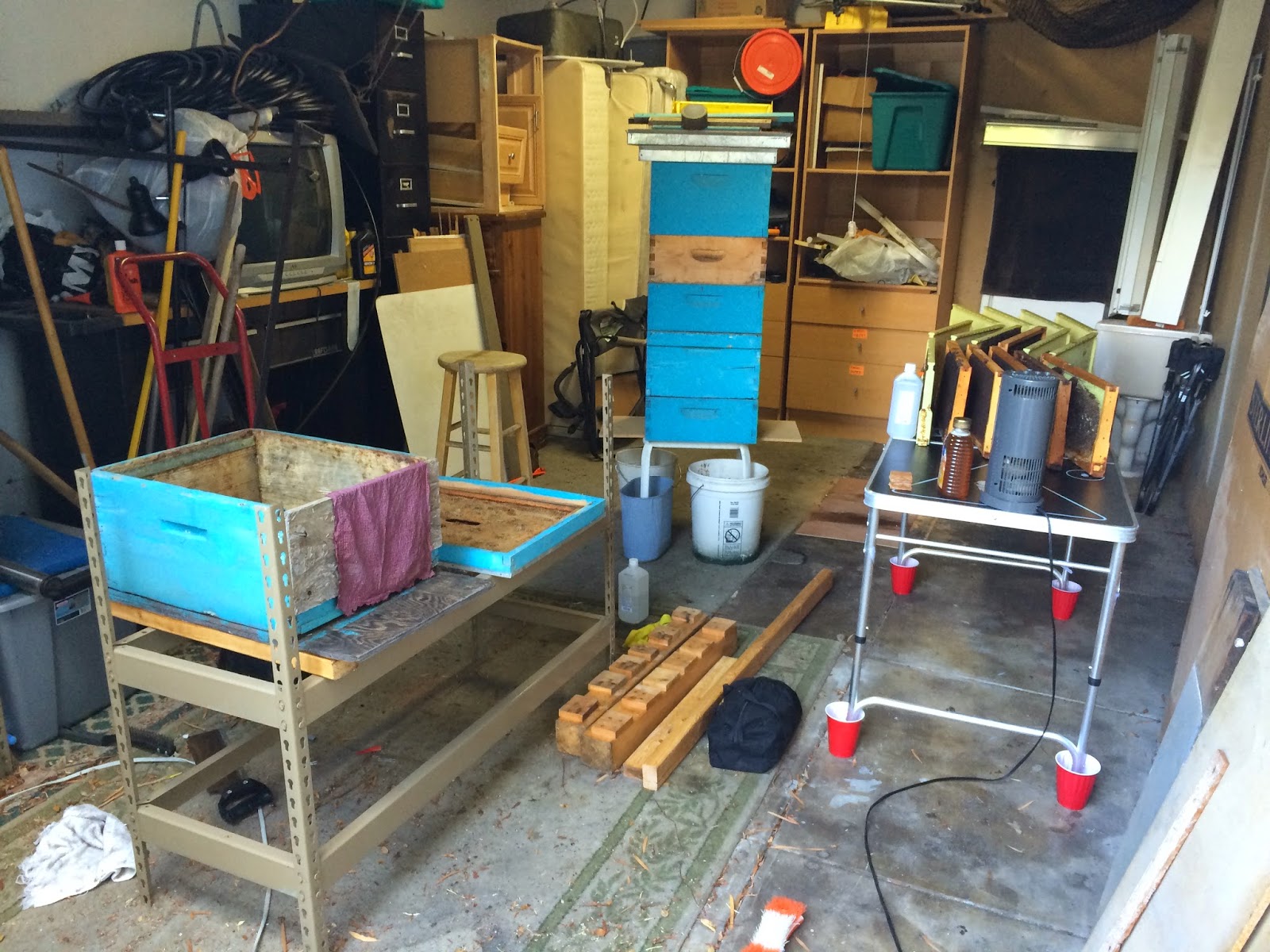 Next step: Rescuing the bees!