Thank you Kate for your kind words!  I’ve got a lot more frames I need to clean, and will definitely use your 3-day freeze advice!  The gloves I was using were actually bee gloves I think – my friend loaned me all her gear including the gloves.  That’s a super cool idea to upcycle kitchen gloves though, I’m going to give that a try too!

A Queen in Question

Not sure if this is paranoid newbee bee-parent fear taking hold or legitimate reasoning, but last night and this morning I opened the hive to look for the queen and check on the heath of the colony (after reading a bunch of posts on the net about what I should be looking for).
I know it’s bad to disrupt the hive etc, but during the transfer from the garage, I believe I ‘over smoked’ the comb area, and caused the bees to cluster away from the comb, and likely did *not* transfer the queen when I grabbed the fairly bare comb (as shown in the pictures in A Cut Out Bee Rescue).
My friend and I saw bunches of them marching around and clustering away from the comb area, and in hindsight, maybe I should have waited for them to return, with queen, to the comb. Newbee/schoolboy error.

At 11am this morning I was able to methodically inspect the entire hive, and found no queen, no evidence of the queen, or even any capped comb, or eggs etc showing any kind of queen activity. 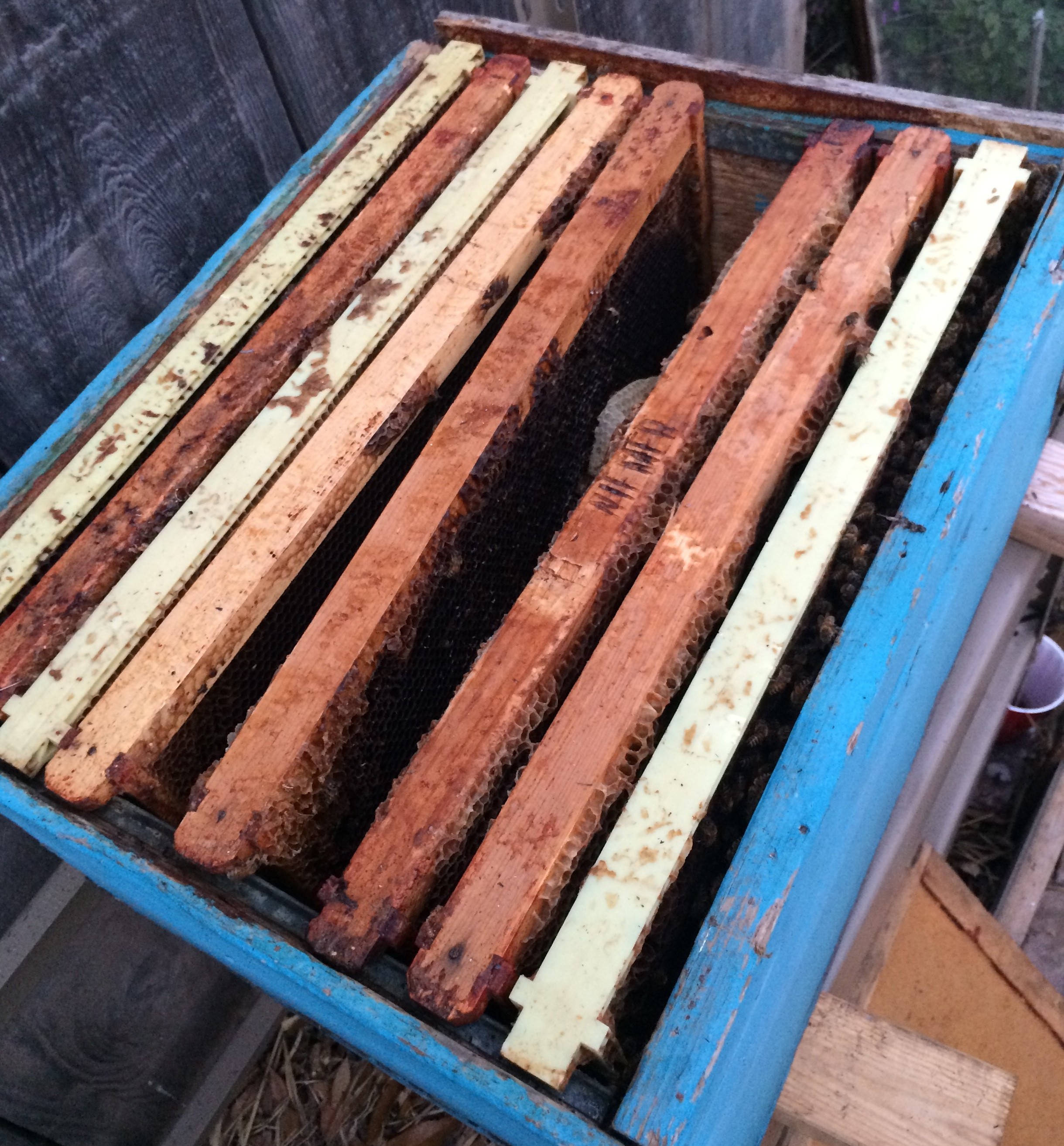 It has only been 3 days since I moved them, so I get that I’m a newbee and could easily miss all those things if they’re not super obvious!
The bees had stored the honey I fed them last night in some of the comb (no caps), and bees almost covered one frame, and were patchily covering an additional 4 frames.
I don’t think they’re starving at least because of the honey, but not yet looking like a strong hive based on my inexperienced judgement and internet pictures I’ve seen.
I’ve been reading about what bees will do without a queen, and it sounds like they’ll keep working together, but will die out since the workers won’t be replaced as there’s no brood comb in the hive.  \

Patience or Planning a Replacement

I could wait patiently, and observe the hive only from the outside for the next two weeks, hoping I just failed to identify the queen.  Or I could get a new queen now and see if I can introduce her with a queen cage etc, and hopefully keep the hive stronger. What do you think?
Hopefully I’m wrong, and the queen will show up, and things will improve with the abundant food sources still available.  It’d be sad to lose the whole colony.

Good luck bees!  Man, these little girls are like pets to me now, rather than scary animals (‘run, bees!’), I really care about what’s going to happen to them, and hope I didn’t doom them trying to save them.