If you haven’t seen or heard about a few bee swarms yet, then you probably don’t live in the southern part of the United States.  Swarm season is in full overdrive this month here!

Are you prepared for bee swarms?

Swarm traps are a heck of a lot better than the unprepared alternative I threw together when I found a swarm in my back yard on Tuesday. 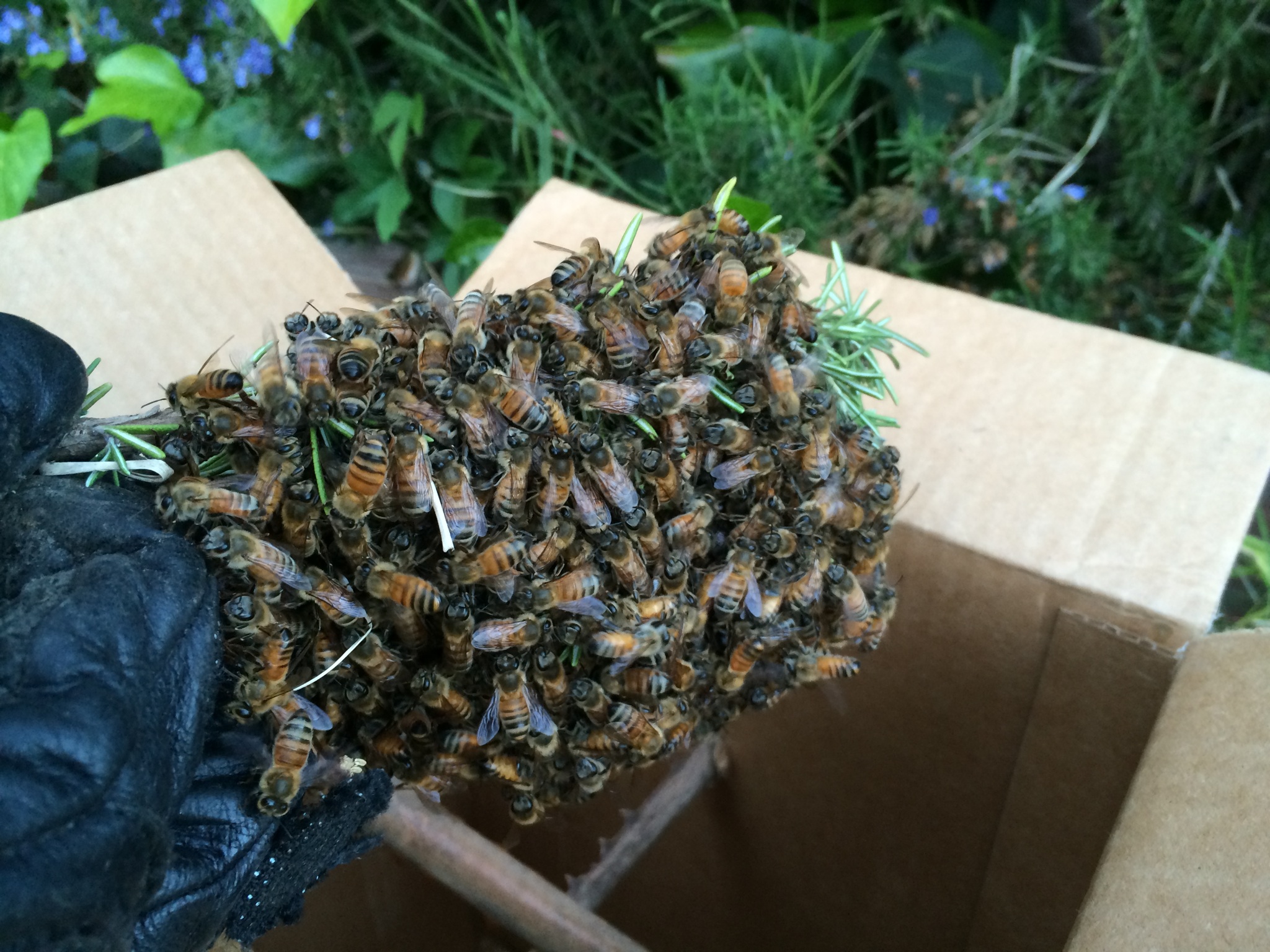 Here’s the play by play:

0. No swarm trap in back yard

2. Get home from work realize swarm is in rosemary bush near to the ground (knocked down by wind that picked up right after swarm?)

3. Look for a makeshift hive and find some cardboard boxes

5. See the bees aren’t all making it into the box since it’s dark, so leave box on ground.

6. Borrow a nuc box late at night from a local beekeeper friend, transfer bees, but leave on ground (well on a cinder block).

9. Watch bees re-swarm and abscond anty nuc via eyesonhives a few hours later while at work…

10. Lesson learned: get a swarm trap up in your yard and be prepared, and also, never trust that ants wont find any excuse to mess with your bees.

Check out the data from this absconding Nuc.

Unfortunately the bees were not pleased with my plans, or my anty nuc, and up and left en masse. That large spike in activity is when it happened.

There really have been a lot of swarms around town lately, and even more surprising to us was how so many hives swarmed within a few days of each other.  Not only are many hives swarming, the ones that swarm are often swarming, then having cast swarms (secondary and tertiary swarms).

The big news, was that we were able to see a ‘swarming pattern’ became apparent in the data, check it out.

The schemes of Mice, Men and Bees

I’m sure the bees didn’t realize their swarming attempt would prematurely end 20ft from their hive because of the wind picking up and making it impossible to fly.

While my ‘swarm capture’ was effective, I didn’t realize the ants attacking the hive really made it difficult for these bees to want to stay in the hive (ask me in the comments to upload the video if you’d like to see it).

I hope the bees actually do find a better home than the good one they were forced to leave behind, rather than an exterminator’s poison.